Lara K. Mahal is currently the Canada Excellence Research Chair in Glycomics at the University of Alberta.  An expert in glycomics and systems-based approaches to understand glycan regulation and function, she developed lectin microarray technology.

This technology provides a high-throughput method for glycomics that is now widely applied to understand systems from clinical cancer research to host-pathogen interactions.

Lara is also known for her work on microRNA regulation of glycosylation. 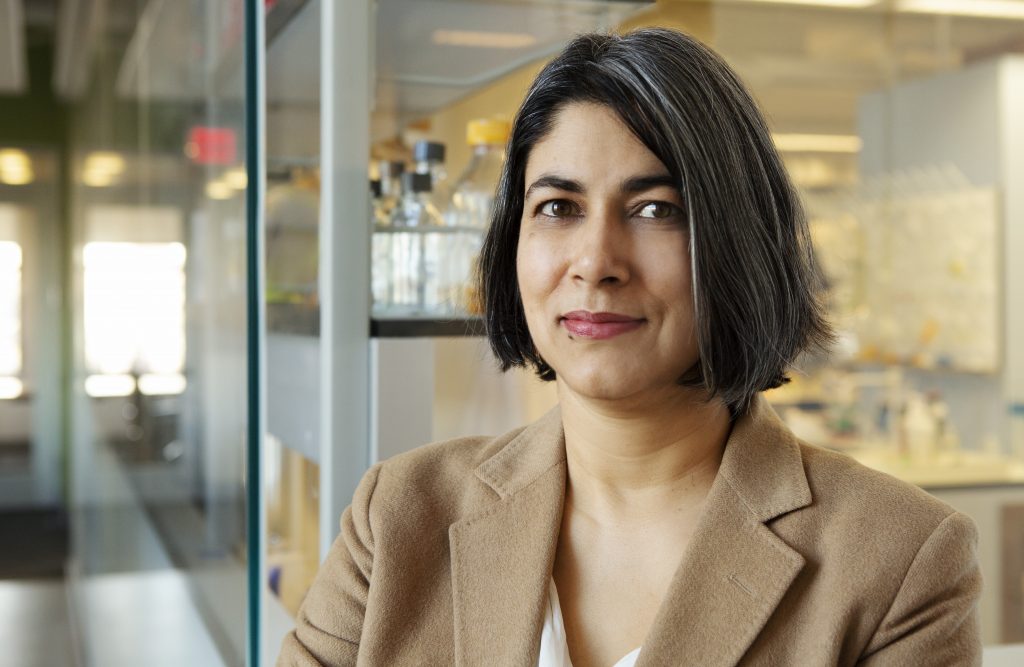 She obtained her Ph.D. in Chemistry with Professor Carolyn Bertozzi at the University of California, Berkeley in 2000. Her work with Professor Bertozzi established the area of metabolic labeling using bio-orthogonal handles, demonstrating that ketones could be incorporated into cell surface sugars (e.g. sialic acids) through metabolic pathways.  For this work she was awarded an American Chemical Society (ACS) Predoctoral Medicinal Chemistry Fellowship.

She then moved to New York City where she was a Jane Coffin Childs Postdoctoral Fellow with Professor James Rothman at Sloan-Kettering Institute (2000-2003) studying the role of synaptotagmin I in calcium-dependent membrane fusion.

In 2003, she started her first independent position as an Assistant Professor in Chemistry at the University of Texas at Austin.  Post-tenure in 2009, Professor Mahal moved to NYU, where she helped found the Biomedical Chemistry Institute. In 2016, she was promoted to Full Professor.

As of Fall 2019, she joins the faculty of the University of Alberta as the Canada Excellence Research Chair (CERC) in Glycomics.

Lara has received numerous awards including:

What is the Canada Excellence Research Chair?
The Canada Excellence Research Chairs (CERC) Program awards universities up to $10 million over seven years to support world‑renowned researchers and their teams to establish ambitious research programs at Canadian universities.
Where is the University of Alberta?
Located in beautiful Edmonton, Alberta, Canada, the Chemistry Department of the UofA is renown for its active research. It is one of the best equipped and funded departments in Canada
What is lectin microarray technology?

It is a glycomic technology developed in the Mahal Lab, provide a rapid analysis of the glycome (1-3). These microarrays utilize immobilized carbohydrate-binding proteins at high spatial density to give specific information on the repertoire of glycans present.

Why study microRNA regulation of glycosylation?

miRNA can be used to identify glycosylation enzymes and theircorresponding glycans that drive disease states.

How do I apply for grad school?
At the UofA, you do not have to find a supervisor in order to apply. The Department has a process in place for students to find a supervisor and join a research group once they arrive to start their program. However, it is recommended for applicants to contact Chemistry faculty members whose areas of research are of interest to you. Information about requirements and how to apply can be found here.
This website uses cookies to improve your experience. We'll assume you're ok with this, but you can opt-out if you wish. Cookie settingsACCEPT
Privacy & Cookies Policy